Who Is Jesus Christ

A miracle occurred when the angel Gabriel was sent from God to the Virgin Mary and told her the Holy Ghost would come upon her and she would conceive in her womb and bring forth a child who would be the Son of God and that he should be named Jesus. This was miraculous because she became pregnant without having a sexual relationship. Mary did not have sexual relations with Gabriel or the Holy Spirit. God supernaturally placed the seed in her womb. After nine months Jesus was born, which was a supernatural work of God. God is the Father of Jesus and Mary was the earthly mother of Jesus.

Jesus was born in Bethlehem of Judea, near Jerusalem. The birth of Jesus is the most important event in the history of all the world. [His birth ended the B.C. or “Before Christ” period of history and began the A.D. Anno Domini, “the year of our Lord”. The direction of history was changed and calendar dates refer to His birth. The year of 2021 means 2021 years AD Anno Domini, “in the year of our Lord.” Every time we write a date on a piece of paper we are acknowledging His birth and existence. Centuries of time have passed since the birth of Jesus; however Christmas still commemorates the birth of Jesus. Christmas is the most celebrated day of the year for many people.

On the night Jesus was born while shepherds on the Judean hillside were watching their sheep, they were visited by angels. The angels announced that Jesus, the promised Messiah, had been born. The Shepherds went to see the newborn Jesus. He was not born in a hospital but was born in the stable of a barn where the animals lived. For a cradle He was placed in a food manger.

Later, after they saw the bright star in the sky signifying that the promised Savior had been born, wise men came from distant lands with gifts to visit Jesus. They bowed down before Him and worshiped the tiny baby.

The Ministry of Jesus (Part 2)
His Youth

The Bible does not tell much about Jesus’ life as a young man. Jesus grew up as the son of the carpenter Joseph. When Jesus was twelve years of age He was found discussing important matters with scribes and other teachers in the Jewish temple, or church. He knew things about God and the kingdom of God that others had never understood. These doctors and educated people were astonished at the understanding and answers that Jesus had at this young age. Read Luke 2:40

The Grace of God was upon Jesus and He was strong in spirit. He was of earthly flesh; therefore He became hungry, tired and thirsty just like you and me. He was the divine Son of the Almighty God living inside the flesh of man with all of its frailties. This is why He can understand anything that we feel; He has felt it too.

When Jesus was about 29 years of age He began His ministry. He was baptized in the Jordan River by His first cousin, John the Baptist, who was preaching and telling people that Messiah was coming. As John was baptizing Jesus, the Holy Spirit came upon Him in the form of a dove and a voice from Heaven confirmed that Jesus was the beloved Son of God.

Jesus ministered for only three or four years. He began to teach and to perform many miracles in all the communities nearby. Jesus often used parables when teaching the multitudes who came wherever He went. Some of these teachings and miracles were recorded in the Bible.

Jesus’ purpose in life was to do the will of His heavenly Father. Wherever He went, He brought goodness. He never hurt or injured anyone, although He did get angry at others who did wrong. He called self-righteous church-going people vipers and once turned over tables in the temple where money-changers were taking advantage of the people.

Jesus was friends with the outcast of society – sinners. He reached out to the publicans, thieves, prostitutes. He never scorned anyone. He knew what was in the heart of a man (or woman).

Just because they were religious did not mean that they knew God.

Much of the life of Jesus is recorded in the New Testament books of Matthew, Mark, Luke and John. During His few years of ministry on earth Jesus performed many miracles.

Some of His miracles included:

* raising Lazarus and others from the dead;

* walking on water and calming the stormy Sea of Galilee;

* healing a paralyzed man, restoring a man’s ear, and healing many others

Multitudes of people followed Jesus – hearing His teachings, witnessing His miracles. The religious leaders did not like Jesus getting so much attention so they devised a plan to kill Jesus, who was 33 years of age. They made false statements about Him in court and demanded that Pontius Pilate, the Roman judge, sentence Jesus to die. They screamed, “Crucify Him!”

The Roman soldiers beat Him with a whip 39 times. His flesh was torn in strips and blood oozed down His back. These 39 stripes are for the healing of my body and yours. By His stripes we are healed. The Old Testament covenant required the death of a perfect sacrifice in order to take away the peoples’ sins.

Jesus was forced to carry His own cross up the hill, Golgotha. He was nailed to a cross of rough wood that was thrust into the ground. As He hung on the cross, people mocked and scorned him for calling Himself the Son of God.

As He died Jesus declared, “Father forgive them for they do not know what they do.” He pronounced, “It is finished!” as He died. By saying these words He acknowledged that He had done the work which the Father had sent Him to earth to do. He was an obedient Son. The instant Jesus died the vail of the temple was torn in two from top to bottom. The earth shook and the rocks split. The sky was darkened as night. Matthew 27:51

Friends of Jesus took His body off the cross and buried Him in a borrowed tomb with enough burial spices for a king. The Romans assigned soldiers to guard Jesus’ grave because the Jews were afraid that Jesus’ body would be stolen. To prevent this from happening, a very heavy stone was rolled across the tomb and it was sealed shut.

After three days in the grave, Jesus came back to life. Because of His resurrection nearly 2000 years ago, Easter is still celebrated today. When some of Jesus’ followers came to the tomb and found it empty they were afraid. Jesus then appeared to His followers outside the tomb.

Jesus lived on earth for fifty days after His resurrection from the dead. More than 500 people saw Him and witnessed the events. He ate with some of these witnesses. He let one of His disciples, Thomas, touch His wounds.

Because Jesus was resurrected from the dead you and I have the promise that we will also comeback to life and live with Jesus if we believe in Jesus as our Lord and Savior.

His Return to Heaven

After spending time with the disciples during the 50 days following His resurrection, Jesus returned to His Father in Heaven. Many people witnessed His departure from the earth as He ascended through the clouds into the heavens (Acts 1:9-11). As He was leaving Jesus promised to return again. Someday Jesus will return to take His believers from the earth. If you have believed that Jesus is the Son of God and have received Jesus as your risen Savior and have been forgiven of your sins, you will go to Heaven in His second coming whether you are still living on this earth or have died in the faith (Matt 24:30-36). You must pray to be ready for the return of Jesus. Matthew 24:42-44

Jesus is alive today and He wants to help anyone who will call upon Him. He sits on His throne in Heaven and is always ready to intercede for you when you pray and ask Him. Jesus will help you with your depression, sickness, disease, sin, guilt, or bondage if you will pray and ask Him.

You can pray and be forgiven of your sins and become a believer in Jesus Christ. You can know Jesus as your personal Savior. When you accept Jesus into your heart you begin a new life spiritually. 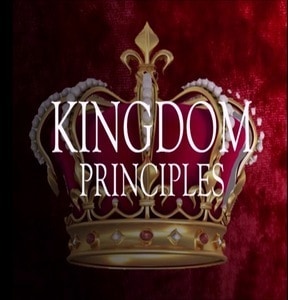 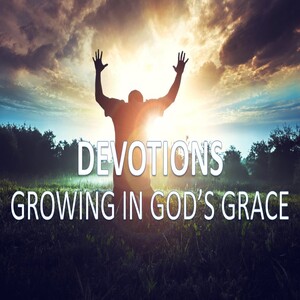